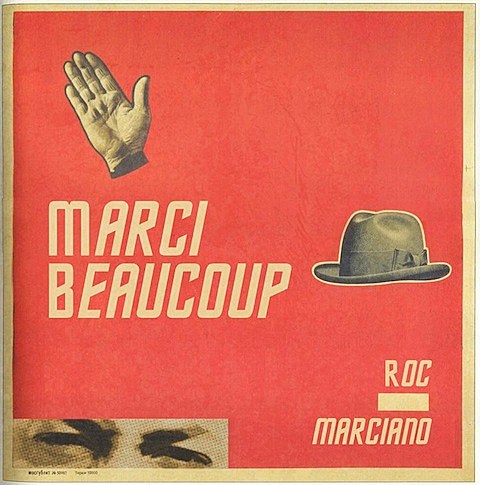 New York producer/MC Roc Marciano welcomed his new album, Marci Beaucoup, last week via Man Bites Dog Records. Unlike his recent The Pimpire Strikes Back mixtape, all LP production was handled by the man himself. Marciano's raw rhymes glide over smooth soul samples and he's joined by a slew of guests including Action Bronson (on "456"), frequent collaborator Ka (on "Squeeze" and "Confucius"), Gangrene (aka The Alchemist + Oh No on "Psych Ward"), and many more. You can take a listen to both of Roc's recent efforts at the bottom of this post.

Marciano will be finishing off the year with a Chicago show at Cobra Lounge on December 28. Support will come from Tree, Mass Hysteria, and Vic Spencer, and advance tickets are still available.

Complete streams of Marci Beaucoup and The Pimpire Strikes Back lie after the jump...

Roc Marciano -- The Pimpire Strikes Back