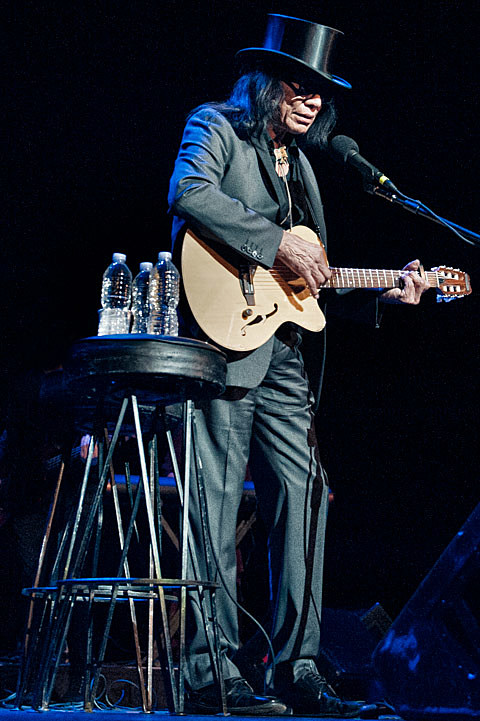 Former cult artist Sixto Rodriguez has had quite the past few years thanks to the surprise success of a little documentary called Searching for Sugar Man. He's now toured internationally many times over, and has no plans to slow things down in 2014. Rodriguez has announced a spring US run surrounding his appearance at the 2014 Sasquatch Music Festival. Prior to the fest, that tour includes a performance at The Chicago Theatre on May 14. Tickets go on sale this Saturday (3/29) at 10AM CST; stay tuned for presale information.

All Rodriguez dates and a couple of song streams lie after the jump...