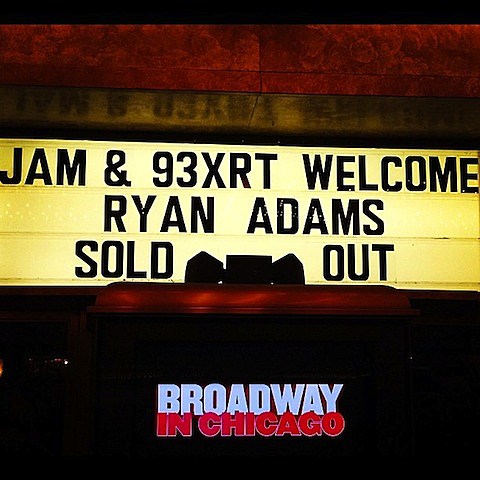 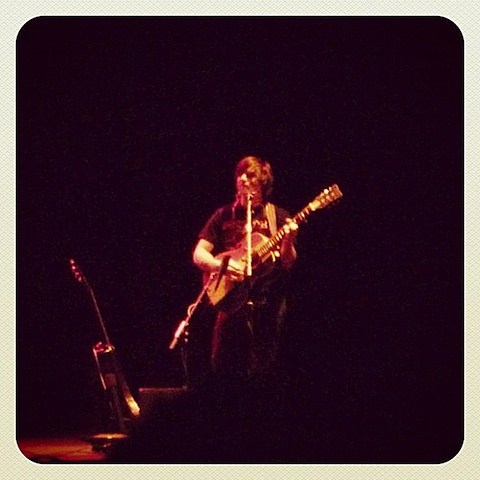 A kinder, gentler, and happier version of the normally temperamental Ryan Adams emerged Sunday at a sold-out Cadillac Palace Theatre. Performing solo and acoustic, the singer/multi-instrumentalist stripped roots-based songs down to the barest elements, occasionally reducing volumes to pin-drop-quiet levels that echoed with sincerity and redemption. While evident in new fare such as the soul-warming "Lucky Now," Adams' budding maturity anchored a majority of a 135-minute set equally notable for what didn't occur.

Having recently ended a hiatus from music, the tousled-haired Adams looked content and sounded wiser. "Apparently I was extremely well-[expletive] adjusted when I wrote some of these songs," he cracked in an introduction to "Carolina Rain," one of several instances during which the troubadour drew on amusing sarcasm to acknowledge a checkered personal history of questionable antics, substance abuse and self-sabotaging behavior. Granted, the fussy Adams instituted a strict no-camera policy at the show. Yet when stray flashes illuminated the otherwise dimly lit stage, he ignored them. Just a few years ago, he probably would've caused a scene. [Bob Gendron; Chicago Tribune]

Were you in attendance to catch the allegedly more stable singer-songwriter?

Jessica Lea Mayfield opened the show, and we've got Ryan's full setlist, below..