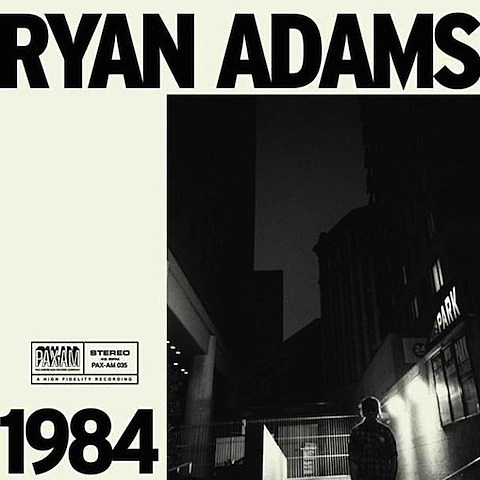 Ryan Adams has announced that he'll be releasing a 10-song hardcore 7" that "pays homage to the halcyon days of the earliest releases from Dischord, SST, Touch & Go and their ilk." Aptly titled the 1984 EP, the 7" is due out on August 19 via Pax-Am. While we wait for tracks to surface, that's the 7"s cover art above and its tracklisting can be found below.

Completely separate from the 7" is his forthcoming self-titled LP. Ryan Adams is due out on September 9 via PAX-AM/Blue Note. So far, he's shared the solid roots-y lead single "Gimme Something Good," which sees the singer-songwriter channeling Tom Petty. You can take a listen to the track at the bottom of this post. Ryan Adams is now up for preorder.

Adams has also announced that he'll be embarking on a fall North American tour. That tour includes a performance at The Chicago Theatre on October 16. Tickets for the Chicago show go on sale on Friday, August 8 at 10AM CST; stay tuned for presale information.

All Ryan Adams dates, that song stream, and tracklisting for 1984 lie after the jump...