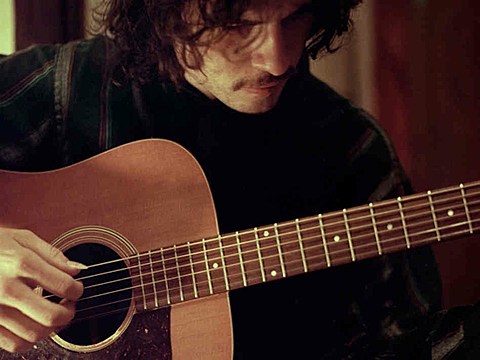 Friend, collaborator, and past tourmate of American Primitivism guitarist Daniel Bachman, Chicago's Riley Walker crafts excellent psych-folk indebted to the cult heroes of the late '60s and early '70s, whose impact took decades to hit and is still being felt today. He's currently got an EP out (vinly only) and plans to release a full length in April, but meanwhile, he does have one single online, "The West Wind." You can watch the video for that track (via FADER) below.

Maybe you've caught Ryley at one of his hometown shows, like 2012's Neon Marshmallow Fest. He has a couple shows scheduled for this month, including an opening slot on the previously discussed San Fermin show at Schubas on 1/18 as part of Tomorrow Never Knows. That show also features The Luyas and Landmarks, and tickets are still available.

No other dates announced at the moment. Video below...