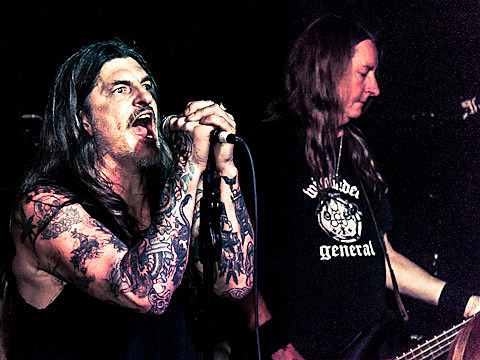 Doom juggernauts Saint Vitus have announced that they'll be embarking on a fall U.S. tour with rotating support from Pallbearer, Zoroaster, and Hookers. That tour includes a performance at Reggie's on October 8 with Pallbearer and Hookers. Tickets for the Chicago show go on sale on Tuesday, August 27 at noon CST.

This set of dates is in celebration of the reissues of Saint Vitus' C.O.D. and Die Healing, which are up for preorder via Season of Mist.

All dates, a tour poster, and a couple of videos are below...