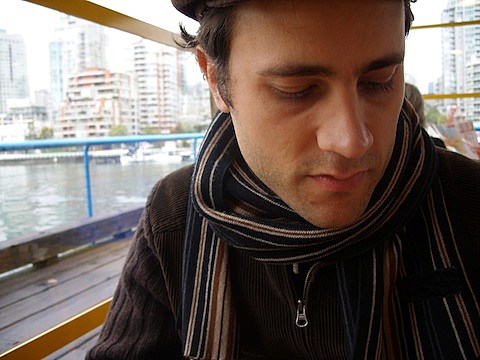 Toronto-based singer-songwriter Sandro Perri put out his most recent LP, Impossible Spaces, in October of 2011 via Constellation Records. On Tuesday (6/19) Perri released a 12" remix EP of Impossible Spaces tracks "Changes" and "Love & Light" via DFA. The former has been reworked by both Eluvium and Zongamin, while the latter of the two received treatments from Max Gross and Mickey Moonlight. Check out the music video for Zongamin's "Changes" remix at the bottom of this post. Preorder the 12" via DFA's webstore or purchase the digital files via iTunes.

Perri is currently on tour with Destroyer, a run which hits Metro on Sunday (6/24). Tickets are still available for the Chicago show.

All Sandro Perri dates are listed below, along with his new video for "Changes."