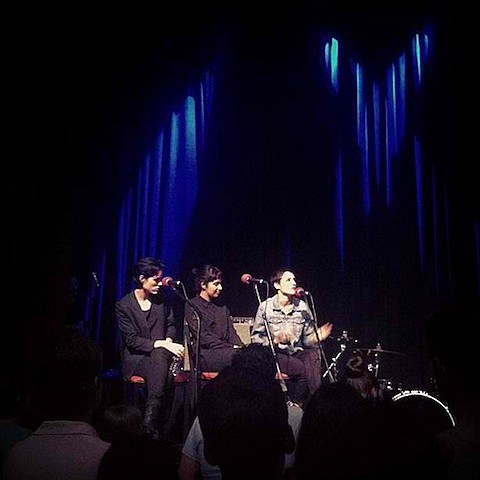 On Thursday night (7/18), Savages and Parquet Courts played a Sound Opinions live show at Lincoln Hall. The night consisted of interview segments for each band, by hosts Jim DeRogatis and Greg Kot, followed by short sets. For Savages, the S.O. show served as their Chicago debut and they'll also be headlining the venue again tonight (Friday, 7/19). During the group's interview segment, founding member Gemma Thompson spoke of her affinity for Wire (who they'll share the stage with this weekend at Pitchfork Fest) and how she hadn't picked up a guitar until she was a fine arts major who needed to compose a soundtrack for an exhibit. If you're headed to Pitchfork Festival, you can also catch Savages at 4:15PM on July 20 on the Green Stage.

Check out some video footage of both Savages and Parquet Courts from Sound Opinions Live below...

Parquet Courts - "Master of My Craft"