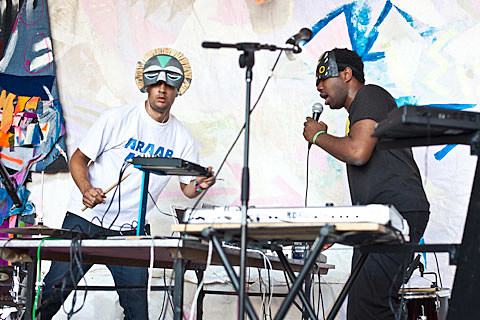 As noted in the original tour announcement and as mentioned by us right before North Coast, SBTRKT is playing a LIVE not DJ Set at the Bottom Lounge on November 4th. His live setup includes a drum set and vocals by Sampha who also sings many of the songs on the self-titled album. Tickets just went on sale.

As the man himself reported yesterday via his Twitter account, SBTRKT has been in the studio recording with Friendly Fires, who he'll be on tour with for much of November in England. Separately, Friendly Fires will hit Chicago's Metro on October 22nd with Theophilus London and Chad Valley. Tickets are still available.

All dates can be found below along with a new video for "Pharaohs," and some footage of his North Coast DJ Set.