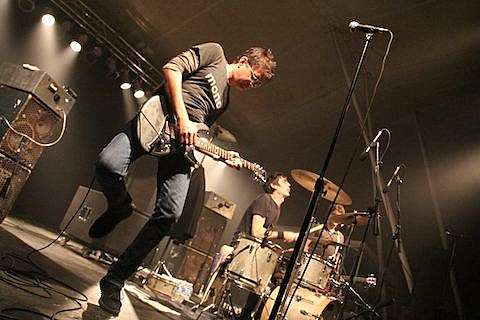 Shellac are slated to begin a European tour next month, which includes appearances at both iterations of Primavera Sound (Barcelona and Porto), and they've now announced a hometown show at Lincoln Hall on July 7. Bear Claw will act as main support, and tickets go on sale this Friday (4/25) at noon CST. A limited number of fee-free hard tickets will be available for purchase at Schubas.

The trio are also slated to release their new album, Dude, Incredible, sometime this year. It'll be the outfit's fifth LP and first in seven-years. Stay tuned for more information.

All Shellac dates and a couple of videos lie after the jump...