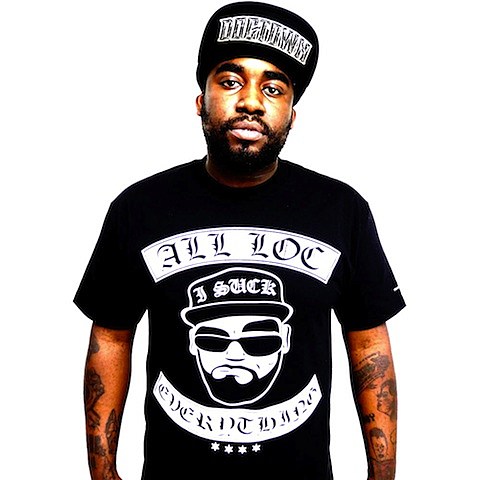 In late-December, Chicago rapper ShowYouSuck released the third and final mixtape of his One Man Pizza Party series, Rest In Pizza. The 26-track tape features a guest spot from Mr. Muthafuckin' eXquire (on "Carne Asada"), a few skits, and even a few bonus tracks. One of those bonus tracks is the smooth, Thelonious Martin-produced "Pop Yo Pizza." We're happy to be premiering that video today, which you can watch at the bottom of this post.

ShowYouSuck is set to play a release party for One Man Pizza Party III: Rest In Pizza at the Bottom Lounge on January 12. St. Millie and Warhound will act as main support, and advance tickets for the all ages show are on sale now.

ShowYou's new video, a stream of OMPP III, and a poster for the record release show are below... 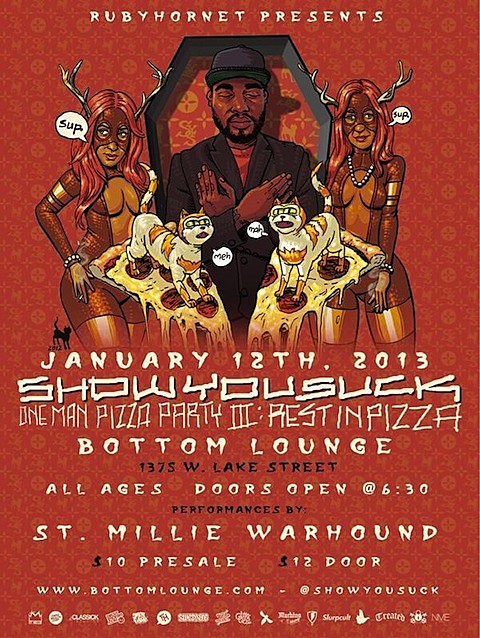