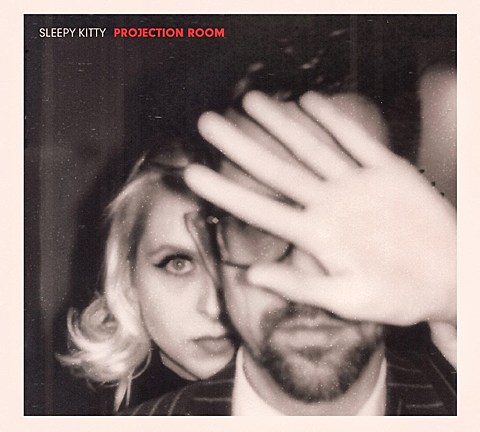 St. Louis-via-Chicago duo Sleepy Kitty is the project of Paige Brubeck and former Harvey Danger drummer Evan Sult, the latter's resume giving this band some cred off the bat, though the similarities to Harvey Danger are barely here, if at all. They sound more like a grungier and more layered Best Coast (who they've played with), and the results are pretty good. Their sophomore record, Projection Room, comes out on January 14 via Euclid Records, and you can stream its single "Don't You Start" at the bottom of this post.

The band have two release shows scheduled, including one in their current hometown of St. Louis on 1/17, and another in their former hometown of Chicago a day later at Township (1/18) with Divino Nino and Brother Ember. Tickets for that show are on sale now.

In related news, Harvey Danger singer Sean Nelson is on the new No Sleep holiday comp.

All dates are listed, along with the song stream, below...