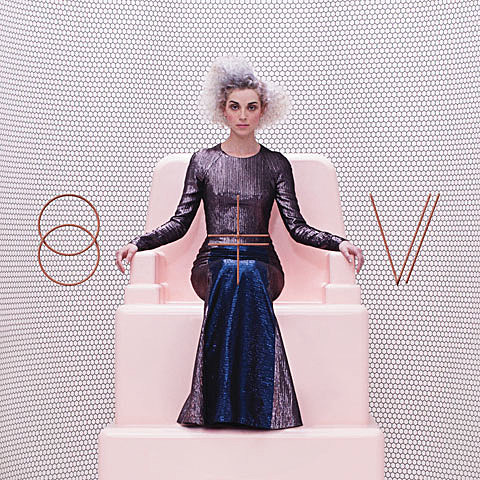 Earlier this week, St. Vincent announced that she'll be releasing the follow-up to 2011's Strange Mercy on February 25 via Republic's Loma Vista label. The self-titled album features lead single "Birth In Reverse," which boasts a similar kind of call-and-response riffage to "Who," from her collaborative Love This Giant LP with David Byrne. It's a tightly-wound cut and you can take a listen to it at the bottom of this post. St. Vincent is up for preorder in multiple formats via her website. One option is LP + a limited edition golden triangle 12" of "Birth In Reverse" with album track "Digital Witness."

Annie Clark and co. will also be doing quite a bit of touring in 2014. They'll be traveling throughout North America from late-February to mid-April, and you can catch them at the Riviera Theatre on April 5. Presale tickets are available now via St. Vincent. Tickets go on sale to the general public on Friday (12/13) at 10AM CST; stay tuned for a possible venue presale.

All North American tour dates and a stream of "Birth In Reverse" lie after the jump...