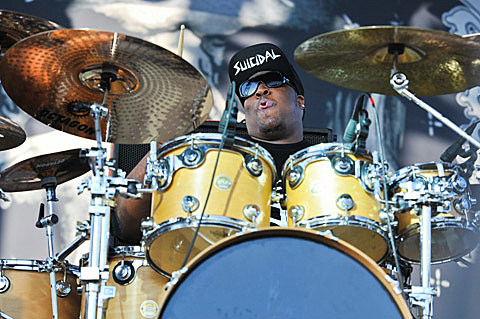 Suicidal Tendencies have announced that they'll be heading out on a spring U.S. tour in support of their ninth album, Who's Afraid?, which is due out on March 13. That tour begins on the West Coast, and includes a performance at the House of Blues on April 17 with DRI. Tickets for the Chicago show go on sale on Wednesday, February 27 at 10AM CST.

All Suicidal Tendencies tour dates and a couple of videos are below...