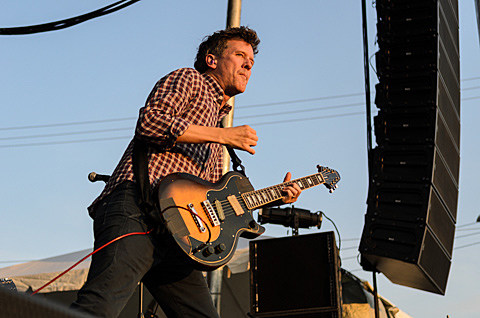 Annual winter festival Tomorrow Never Knows is continuing to expand its lineup to both include new shows and feature great openers.

A pair of new ones are Superchunk and Roomrunner at Metro on January 18 (tickets) and Oneohtrix Point Never and Tim Hecker at Lincoln Hall on January 16. Tickets for that show go on sale this Friday (11/15) at noon CST.

Diarrhea Planet, who headline Beat Kitchen this Saturday (11/16), have also been added as support for Yuck // Pink Frost at Lincoln Hall on January 19 (tickets).

An updated TNK 2014 schedule can be found below...