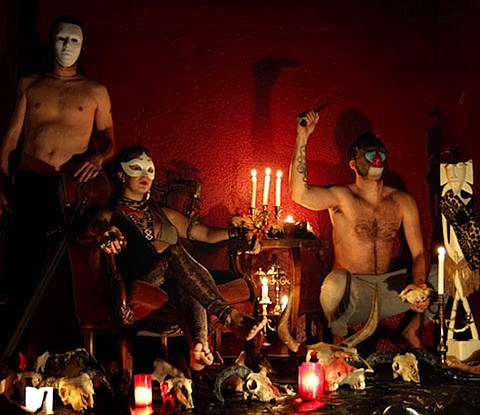 Swedish experimentalists Goat welcomed their debut album, World Music, in August of 2012 via Rocket Recordings. World Music is a druggy collection of psychedelic rock that fuses the sounds of 1960s groups like Jefferson Airplane with Middle Eastern and Afrobeat influences. You can stream World Music in its entirety at the bottom of this post. A few Goat music videos from World Music are also below.

The Swedes will be heading to the U.S. for a short spring tour that's centered around their appearance at Austin Psych Fest. That tour includes a performance at the Empty Bottle on May 2. Advance tickets for the Chicago show are on sale now.

All Goat tour dates, a stream of World Music, and a few videos are below...