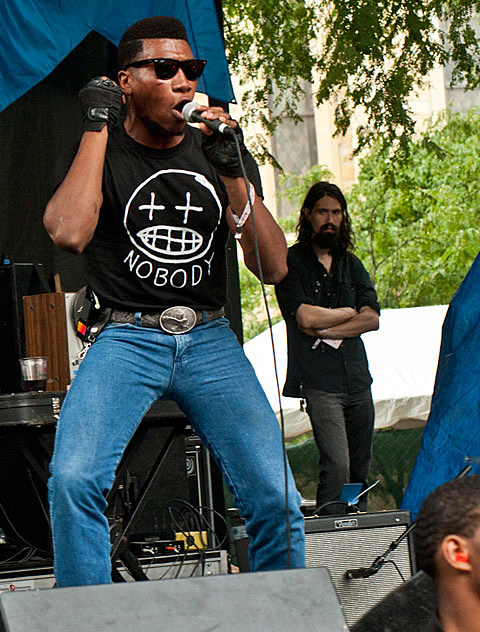 Chicago singer-songwriter Willis Earl Beal is slated to release the follow-up to 2012's Acousmatic Sorcery, titled Nobody knows., on September 10 via Hot Charity/XL Recordings. It features contributions from former tourmate Chan Marshall (aka Cat Power), and you can take a listen to lead singles "Too Dry to Cry" and "Everything unwinds." at the bottom of this post. The former is a Franks Wild Years-like jam (see "Hang On St. Christopher"), and "Everything unwinds." is delicate and brooding. Cover art and tracklisting for Nobody knows. can also be found below.

Beal doesn't have any North American dates scheduled at the moment, but he'll be embarking on a fall European tour called "The Church of Nobody" in September.

All known dates, album info. for Nobody knows., and those song streams lie after the jump...