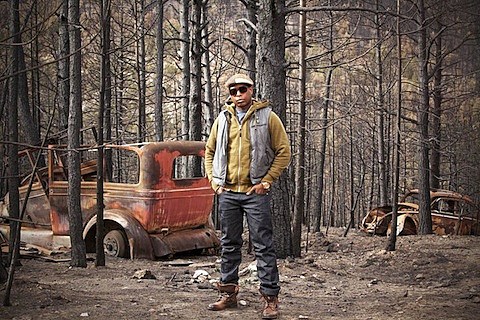 Brooklyn rapper Talib Kweli has been visiting Chicago quite frequently this year. He'll do so once more before we ring in the New Year, dropping in on December 21 for "Hip Hop Saved My Life -- End of the World Dance Party" at The Mid. Kweli will be performing with a full band behind him (it's a really great show), and will receive support from Jon Huang, DJ Intel, and Maker. Advance tickets are still available. Before he visits Chicago, Kweli is also headlining the BrooklynVegan-presented Duck Down & Javotti Media's holiday party at the Music Hall of Williamsburg in Brooklyn tonight (12/18). If you're in New York: Tickets are still available and BrooklynVegan are also giving some away.

Earlier this week, Talib shared a video for his new single "Outstanding," which features a guest spot from and was directed by Ryan Leslie. The track's got a relaxed flow, Leslie's smooth vocals are a welcome addition, and Talib makes a Roger Rabbit reference. What's not to like?!?

All Talib Kweli tour dates and his new video for "Outstanding" are below...