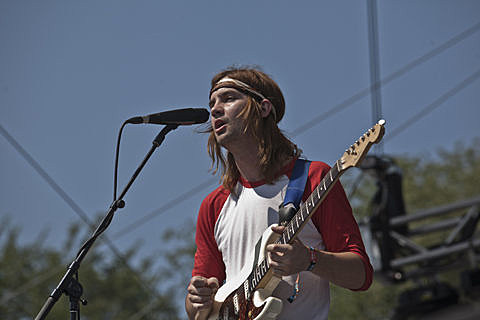 Earlier today (8/13) BrooklynVegan let you know that Aussies Tame Impala have expanded their fall international tour schedule. Some more dates have since been added to that run, including a November 13 show at Metro. Tickets for that show are not on sale yet, but check Metro's website for updates. All US dates will feature support from The Amazing.

As mentioned, the group are set to release their new album, Lonerism, on October 5 via Modular. If you haven't gotten around to it yet, check out the album cuts "Elephant" and "Apocalypse Dreams" at the bottom of this post. Tame Impala also recently covered Fleetwood Mac's "That's All For Everyone" for the tribute album Just Tell Me That You Want Me. The album comes out this week and you can listen to their contribution at BV.

All Tame Impala dates and streams of their new singles are below...