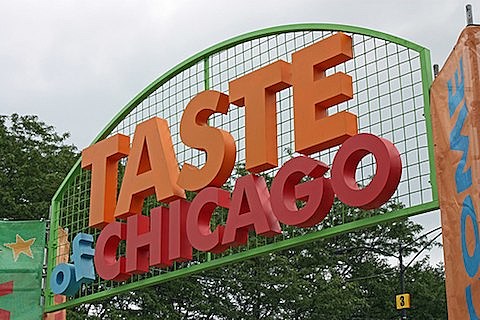 Unlike Taste Of Chicago 2011, The Chicago Tribune reports that:

Taste of Chicago will be chopped in half to a five-day event next summer, and the city's annual smorgasbord will be moved to the middle of July from its traditional late June start.

The festival will run from July 11 to July 15 in Grant Park, according to a news release from the Department of Cultural Affairs and Special Events.

After the Chicago Park District oversaw a 10-day 2011 Taste that drew 2.35 million people -- 300,000 fewer than in 2010 and the smallest overall crowd since 1986 -- Mayor Rahm Emanuel put the festival back under control of the Department of Cultural Affairs and Special Events.

Cultural Affairs officials said they would consider shortening the event in an attempt to move the Taste back toward profitability, and that the focus would remain on the food served by local restaurants in Grant Park, rather than on big name entertainers like Stevie Wonder who have appeared at Taste in years past.