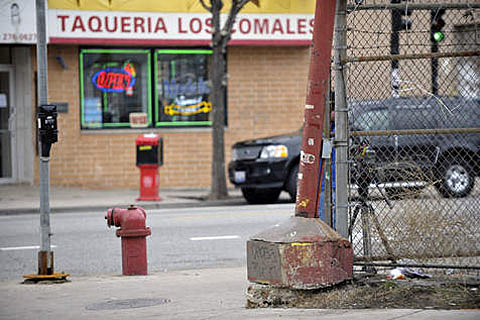 "An 18-year-old from North suburban Highland Park, shut out of a New Year's Eve concert because she didn't bring an ID, was sexually assaulted and beaten outside the Congress Theater by six young men Saturday night, according to accounts from police, security guards and a theater employee.

The woman was found beaten, naked and bleeding on a residential sidewalk just up Rockwell Avenue from the theater on Milwaukee Avenue in Chicago's Logan Square neighborhood, said the theater employee, who asked that his name not be used.

The woman was listed in critical condition in a coma at Advocate Illinois Masonic Medical Center Sunday morning, police News Affairs Officer Robert Perez said. But by Sunday afternoon, a detective working on the case said it appears the woman "is going to be fine.""
[Chicago Sun Times]

The Rusko show was 17+, but as the article says above, the New Year's Eve show at the Congress Theater required ID. The article also points out that "In six years there, Assistant Public Cook County Defender Bormes said the theater's security has generally been pretty good and he has seen little violence outside the theater."

In unrelated, but related news, a woman in Austin was murdered after leaving a New Year's Eve event, and the music community is seriously feeling the loss (RIP Esme Barrera).