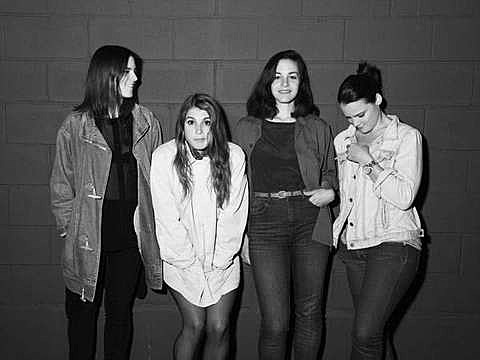 Brooklyn's TEEN, which includes former Here We Go Magic member Katherine Lieberson (aka Teeny), are set to release their debut LP, In Limbo, on August 28 via Carpark. The album was mixed by Sonic Boom of Spacemen 3, whose influence is slightly evident throughout. Download the LP cuts "Better" and "Electric" at the top of this post. TEEN have also just put out a free mixtape, which you can grab via BrooklynVegan and/or stream below.

TEEN will be heading out on tour in September with fellow Brooklynites Hospitality. Their run together kicks off in Chicago, with a show at Schubas on September 29. Tickets are still available.

All TEEN dates and a stream of their new mixtape are below...