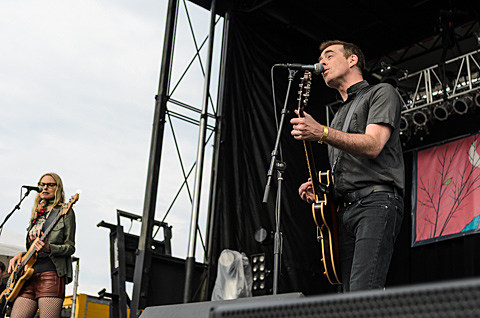 Longtime friends and recent tourmates Aimee Mann and Ted Leo have announced that they'll be releasing their debut, self-titled effort as The Both on April 15 via Mann's Superego Records. You can take a listen to its power-poppy lead single "Milwaukee" at the bottom of this post (via Rolling Stone). Tracklisting for The Both LP can also be found below.

Mann and Leo will be embarking on a spring North American tour in support of their forthcoming album. That tour includes a performance at Metro on May 9; ticketing information for the Chicago show is forthcoming.

All Both dates, that song stream, and LP tracklisting lie after the jump...