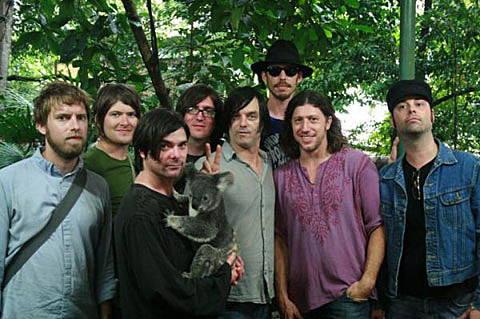 The Brian Jonestown Massacre have announced a spring/summer world tour, which includes their previously announced appearance at Austin Psych Fest and a show at Metro on August 18. Magic Castles will act as main support for the Chicago show, which goes on sale this Saturday (April 14), at noon CST.

TBJM are also prepping their 13th full-length album, Aufheben, for release on May 1 via 'a' Records. Take a listen to the LP's lead single "I Wanna Hold Your Other Hand" and check out its tracklisting/cover art over at BrooklynVegan.

The group's full 2012 tour schedule and some videos, below...

--
The Brian Jonestown Massacre - "Straight Up And Down"