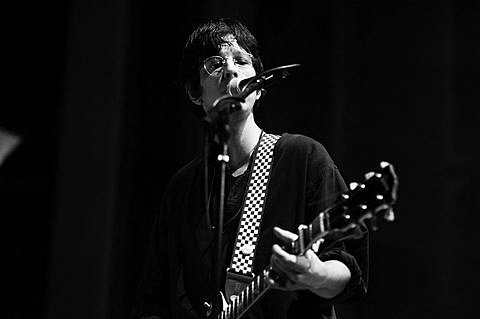 When Bonnie "Prince" Billy takes it easy (a rare occurrence), his backing band The Cairo Gang (led by singer/songwriter Emmett Kelly) surface to play some shows of their own. Emmett and co. currently have one upcoming date -- it's a show at the Hideout on August 31 with singer/songwriter Eiren Caffall and her band, and psych-folk outfit The Father Costume. Advance tickets are on sale.

As mentioned, Emmett produced, sang, and did some guitar work on frequent Bonnie "Prince" Billy collaborator Angel Olsen's new album, Half Way Home. You can take a listen to that album's lead single "Tiniest Seed" HERE. Maybe he'll join Olsen live at her Reckless Records in-store on September 4, like he has in the past.

Stream The Cairo Gang's debut, self-titled LP (2006; Narnack) in its entirety below...