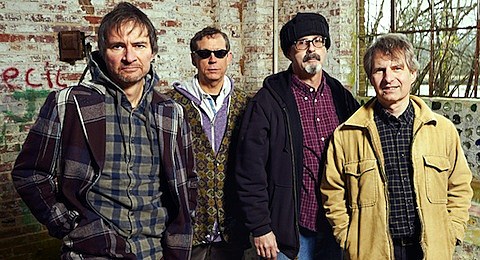 The dB's dropped their first new album in 25-years, Falling Off the Sky, back in June via Bar/None. They play a bunch of NYC/Hoboken, NJ shows, which are local performances for the group, but The dB's don't go on tour very often. They did head to the Hopscotch Music Festival in Raleigh, NC-- where they're all originally from-- earlier this month, but that was the extent of things.

The dB's only have a few upcoming tour dates, two of which are Chicago shows. They'll visit the Hideout for a two-night stand on November 15 & 16. Tickets for both performances are on sale now, and support is TBA.

All known dB's tour dates and a stream of Falling Off the Sky are below...