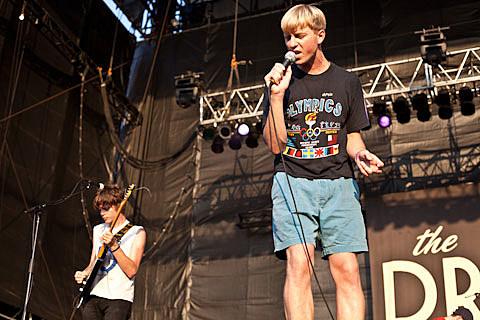 We had mentioned that The Drums' new LP Portamento was slated for a September 12th release via Island, however now more details have been revealed.

Portamento will be released in the US via Frenchkiss Records(!), and a North American fall tour has been set.

They'll play Subterranean on October 4th. Pre-sale tickets are available now.
Tickets go on sale to the general public this Saturday, at 10AM CST.

If you've got tickets to Lollapalooza, you can catch the band on Saturday (8/6) of the fest.

Head to BrooklynVegan to view all 2011 tour dates, and more.