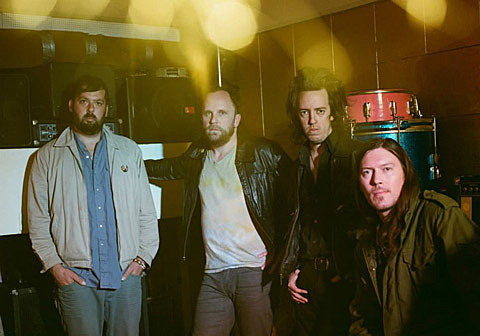 San Francisco's The Fresh & Onlys released their new album, House of Spirits, last month via Mexican Summer. You can stream it via Rdio if you haven't checked it out yet. They're currently on the road with Vancouver guitar pop band The Shilohs -- who also put out a new album a few months ago -- and that double bill hits Chicago on July 16 at Empty Bottle with Gravity Waves playing as well. Tickets for that show are on sale now.