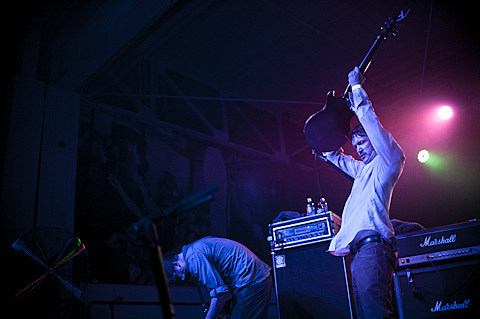 Tim Kasher is a busy man. This winter, he'll be going on a short tour with his band The Good Life leading up to a New Year's Eve show in Chicago at The Abbey Pub with Big Harp and The Wild Family. Tickets for that show are on sale now. All dates are listed below.

Then in 2015 Tim's other band Cursive is going on a tour with a cellist and promising to pull heavily from The Ugly Organ, which is being reissued later this month via Saddle Creek. That tour hits Chicago on March 18 at Lincoln Hall. Tickets for that show are on sale now.

Luckily for fans of '90s indie emo frontmen, you can catch that Good Life show on NYE and still catch one of the three American Football shows that don't fall on that same date.