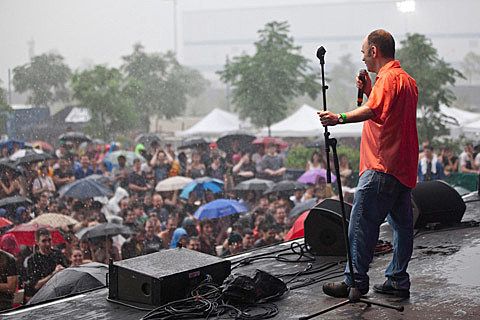 The Hideout have announced two of the Tomorrow Never Knows 2012 shows that they'll be hosting. Todd Barry will perform both an early and late show at the venue on January 13th, and Wyatt Cenac will do the same the following night. Tickets for both nights go on sale this Friday (12/2), at noon CST.

In other comedy news, Jim Gaffigan has just scheduled three Illinois shows. He'll perform at the Rialto Square Theatre in Joliet on March 17th, the Civic Center Theatre in Peoria on March 23rd, and the Genesee Theatre in Waukegan on March 30th. Tickets go on sale this Thursday (12/1), at 9AM CST.