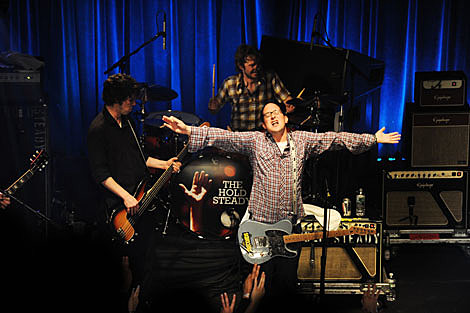 The Hold Steady have just announced that they'll be playing Metro on August 25th with The Donkeys, as sponsored by the A.V. Club.

Pre-sale tickets are on sale now, and tickets go on sale to the general public on Thursday, at noon CST.

They've also announced a few more dates, which you can find below.