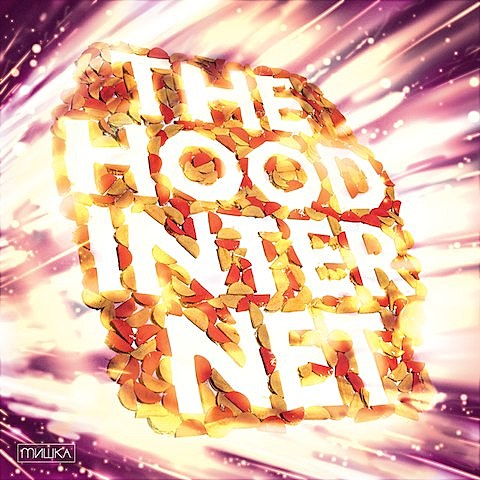 Chicago mashup duo The Hood Internet released their most recent mixtape, known as self-titled or Self/Taco, this past December via Mishka. The 14-track tape features a wide variety of remixes of artists like Ninjasonik, Hooray for Earth, Tobacco, The Rosebuds, and more. Download Self/Taco for FREE via their bandcamp.

Members ABX and STV SLV have a bunch of upcoming tour dates, including a stint at SXSW and two hometown shows. Towards the end of this month (on February 23rd) they'll act as main support for Wugazi, at their previously announced Bottom Lounge late show. Tickets are still available. The duo will also headline the Empty Bottle on March 31st, with support from DJ Dylan J. Peterson and MC Rota. As noted on their website, but not by the venue, ShowYouSuck is also on the bill.

A video that shows how the above cover art was made, all known 2012 tour dates, and some song streams, below..