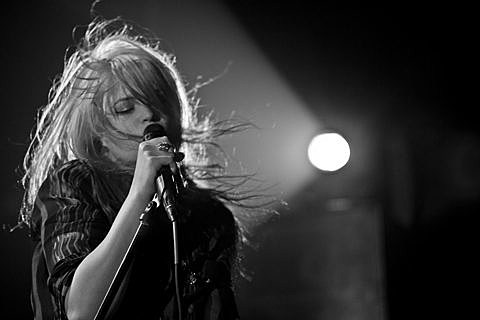 The Kills (aka the project of Jamie Hince and Allison Mosshart) will be heading out on a brief North American tour in December. That tour includes a performance at the Vic Theatre on December 9 and advance tickets for the Chicago show are on sale now. All dates, including an opening slot for Queens of the Stone Age in NYC, are listed at the bottom of this post.

Jamie and Allison, who are currently working on the follow-up to 2011's great Blood Pressures, have also just recently released a live concert film. Paris Spleen: Live at L'Olympia showcases their performance at the venue in November of 2011. You can check out the documentary, along with their current 2013 tour schedule, below...

* w/ Queens of the Stone Age