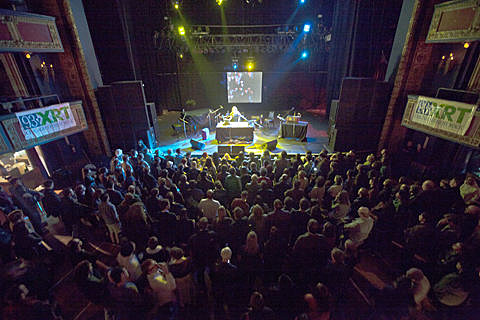 New Zealand artist Bachelorette (aka Annabel Alpers) opened Monday night at the Vic for The Magnetic Fields (at their first of two shows at the Chicago venue) (night two review and pictures HERE).

She stood behind a table covered in a black sheet. On top was a plethora of gadgets: two laptops, delay pedals, a mixing board and an ornate drum machine. With a rather quaint and shy affect, her voice trembled before introducing each song. "The set has changed a bit. Chicago wanted me to play a different set than the one I had planned." The crowd sympathized with her, applauding her valiant effort. Her final song, which she announced was from her upcoming album on Drag City, was called "Entertainment." It sounded like a synthesized Annie Lenox song, with reverb and a new-age feel. She left the stage gracefully.

Within the hour intermission before Magnetic Fields came on, people started packing in. Shoulder to shoulder, there were girls tearing up just at the sight of the band setting up. Birkenstocks and plaid shirts were both common sights throughout the eclectic crowd.

They had a shtick. After announcing that it had been 6 years since they played in Chicago, the pianist and band manager, Claudia Gonson, opened the set as she said apathetically, "This song is about a dead animal." They played "Chicken with its Head cut off" from their epic album 69 Love Songs (1999).

Lead vocalist Stephin Merritt, in his monotone voice, began to sing. He played his melodica as the other members sat with their instruments, watching him to cue them in. The lithesome sounds of the cello, played by Sam Davol, rose and fell with thunderous emotion. The steel string guitar played by John Woo, gave the set an ole time feel. The ukulele player, Shirley Simms, stood strumming in the background. Much of their latest album, Love at the Bottom of the Sea, includes ironic tongue and cheek lyrics, sang often by Merritt and Simms, in her idiosyncratic voice. Throughout their set they played many of them.

When the band played a heartbreaking version of "The Book of Love," the crowd crooned, cried and laughed in a collective admiration. "Reno Dakota" received the same emotional reaction. Merritt and Gonson playfully chatted back and forth with little quips here and there, providing comic relief in between songs. Their jokes were effortlessly cherished by the crowd, as tacky and dated as they were, laughter echoed from every corner of the room. The band played again one night later, same time, same place. 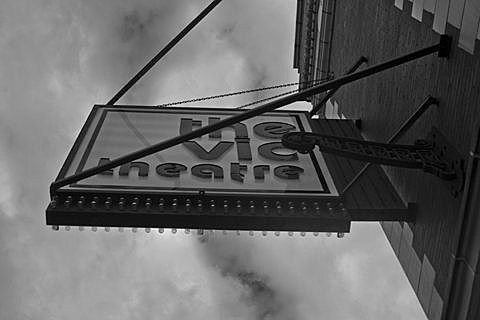 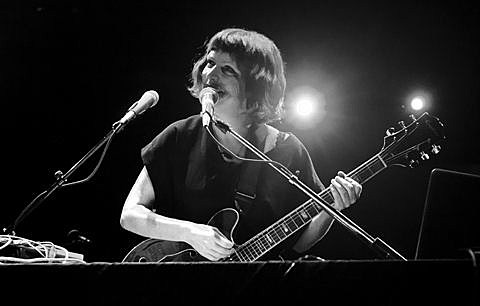 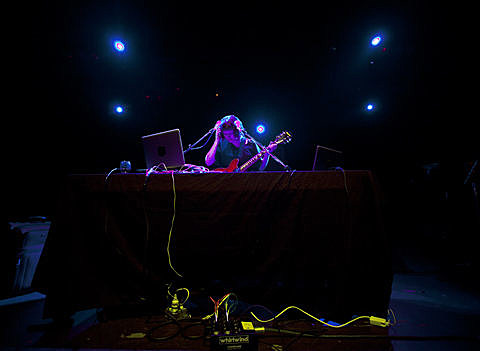 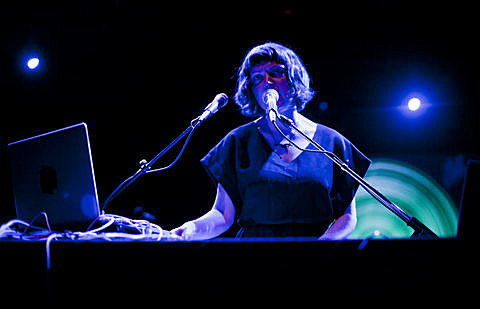 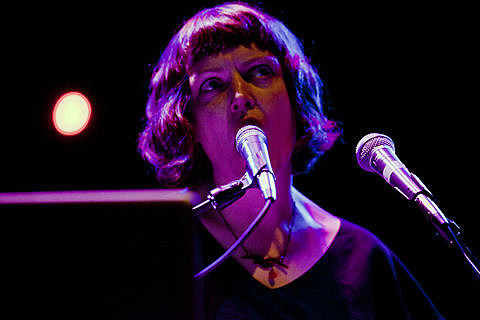 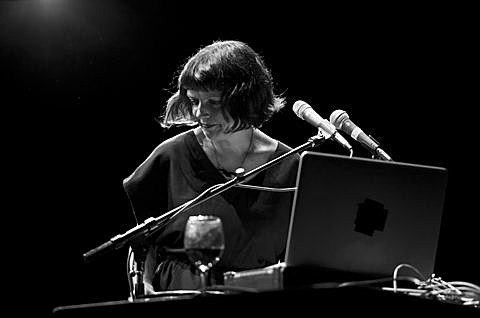 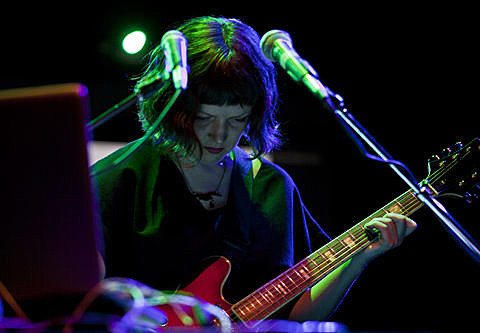 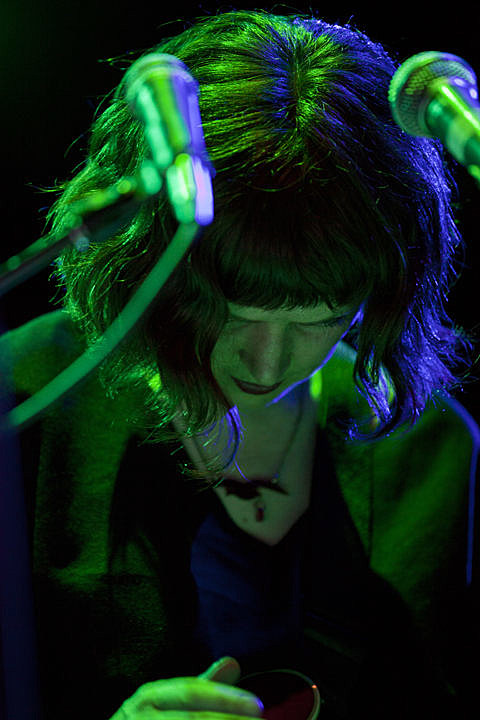 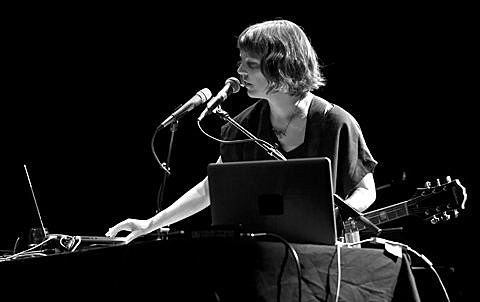 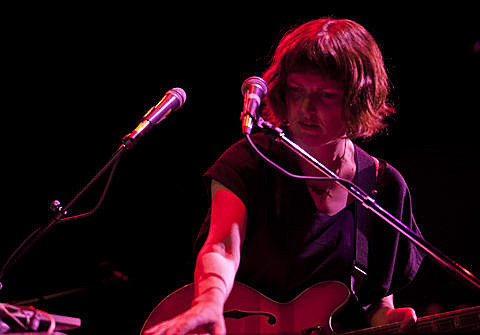 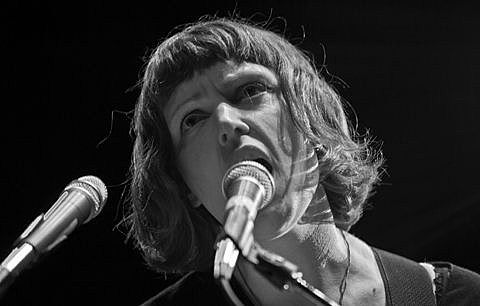 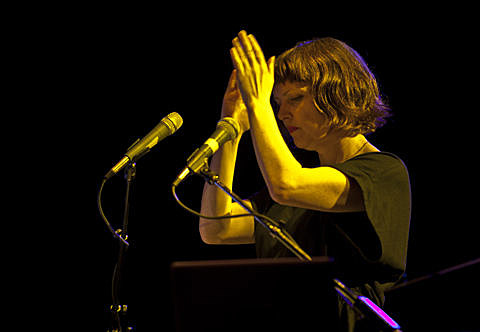 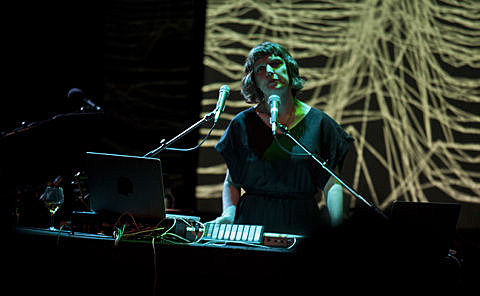 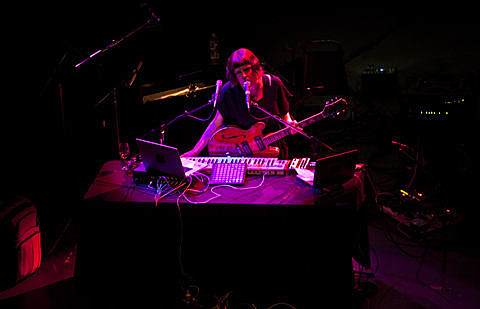 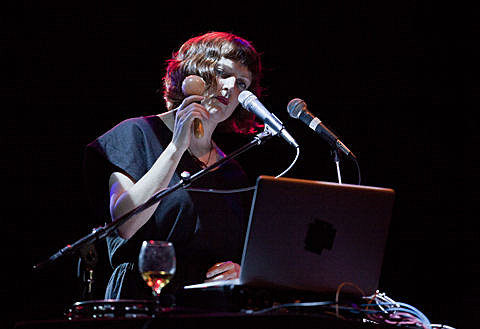 Those pictures were just of the opener at the first of two Chicago shows. Pictures of both bands on the second night, HERE.