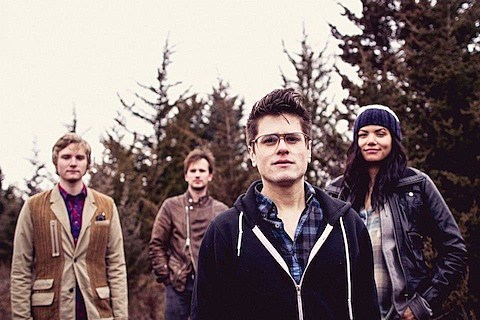 The Oarsman is Chicago's Marcus Maloney. Maloney cut his teeth as a member of local outfits Honest Engines and Many Places, and the new project marks his debut as a lead vocalist. He put out his first EP under the moniker, called Easel, back in September which was recorded on the road throughout the Midwest with the iPhone application Voice Memo. Surprisingly, it sounds great but I guess we should be anything but surprised as Maloney is the owner // operator of Ravenswood's Ethnomusikology Studios. After hashing out the songs on the road, he mixed // mastered the straight-forward, folky EP there. You can stream the album in its entirety at the bottom of this post.

Maloney and some friends are currently putting the final touches on their debut LP, which is due out sometime this spring. TONIGHT (Saturday, March 23), they'll be playing a show at Ethnomusikology in order to kick off fundraising efforts for a summer tour. It starts at 6PM, will be recorded live (audio + video), and advance tickets are available or you could pay at the door. Marcus and co. will be supported by Jonny Mendez, Marko Casso, and Stephen Mulcahy.

A stream of Easel and a couple of videos are below...

The Oarsman on WBEZ's Morning Shift