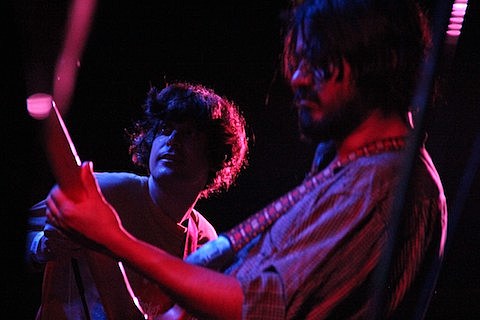 Last year, in October, The Music Tapes did one of their holiday tours, in which they played holiday inspired songs to small groups at people's homes. Singing saw, banjos with bows, horns, mechanized human towers, games, singing mice - the whole thing brought a smile to my face for weeks. It was one of the best shows I ever attended.

Well, on Tuesday night (9/13), Julian Koster brought his Music Tapes fellows, along with the 7 foot metronome, to open up for The Olivia Tremor Control at the Bottom Lounge. They were great. They played a few old songs, and a bunch of new material from a record that will be out next year.

The Olivia Tremor Control, back after a very long break, seemed to have fun on stage, laughing off sound issues. It was a great set filled with cuts from their past and new material. There was an eleven year old boy present (who appeared to be accompanied by his father and Michael Martello from Nothingheads / Absolutely Not). He gave the band a tape of the songs he recorded. The band shook his hand and said they were surprised he had recorded already at his age. OTC then dedicated a song they "weren't expecting to play" to him. Cutest goddamn thing ever.

After the show we asked Julian Koster to play us "Spare the Dark Streets" in the alley behind Bottom Lounge, so he grabbed his banjo, and Robby Cuchiarro, and they did just that. More magic.

Check out that video of Julian in the alley, and more pictures of the show (including one of the setlst) below.. 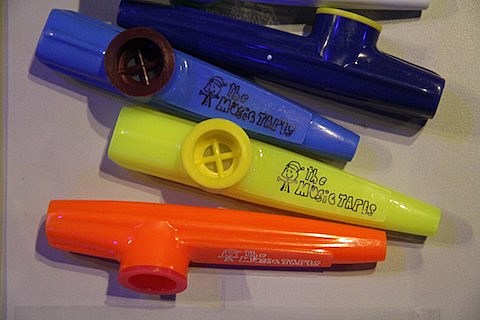 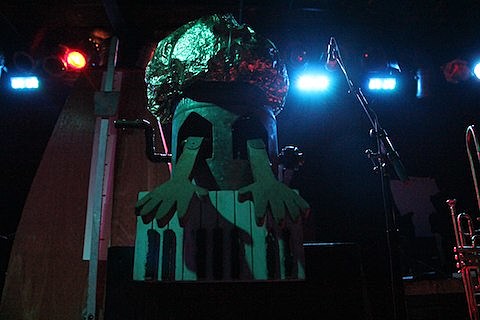 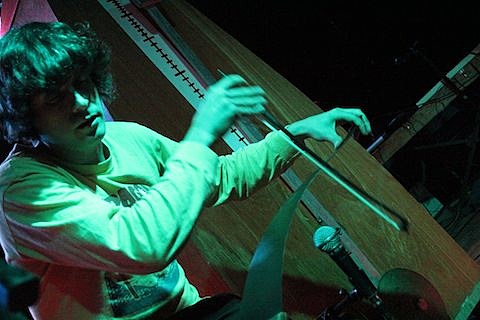 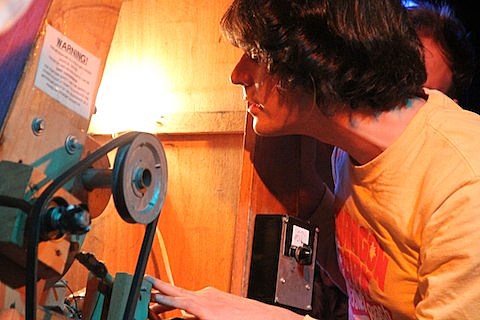 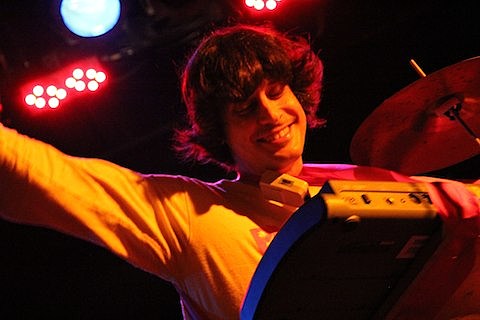 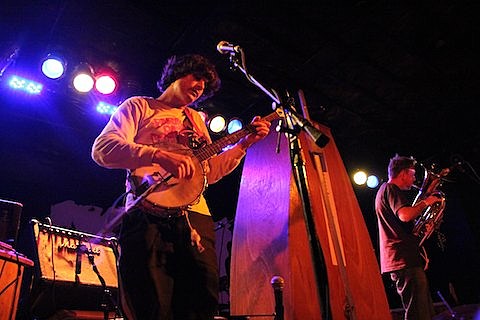 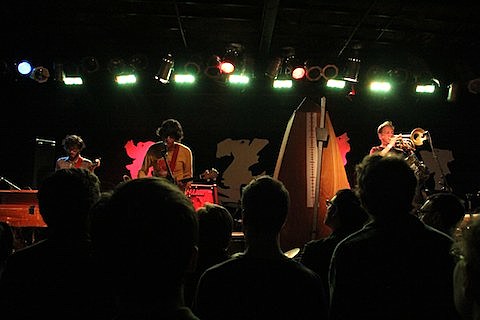 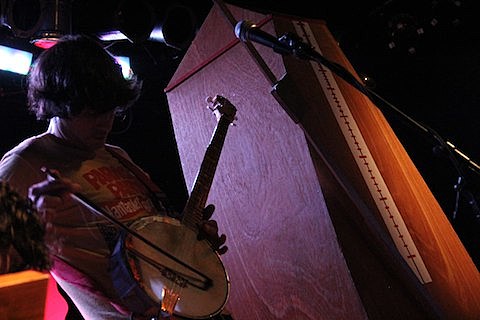 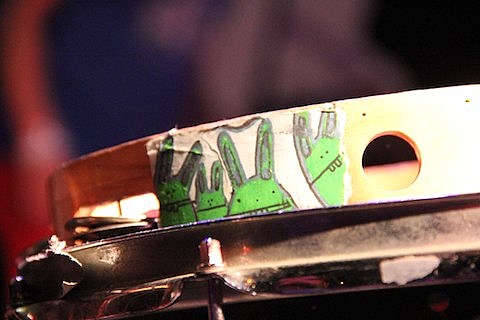 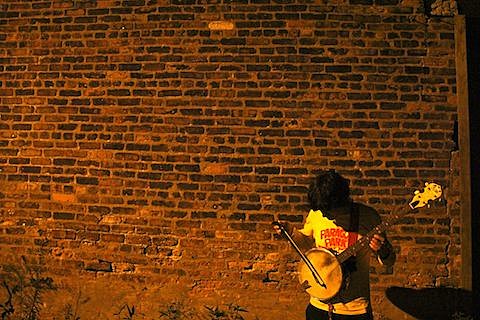 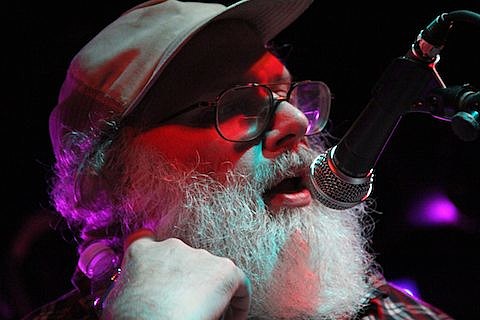 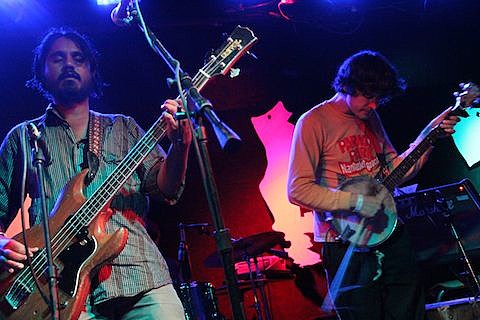 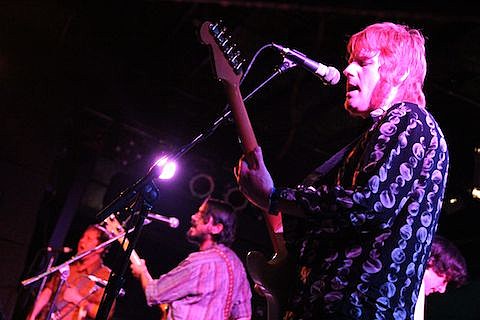 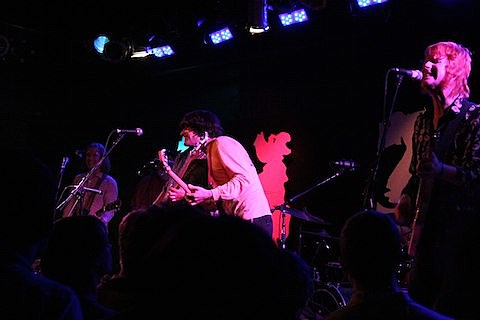 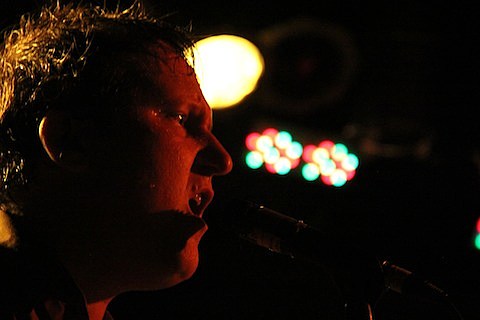 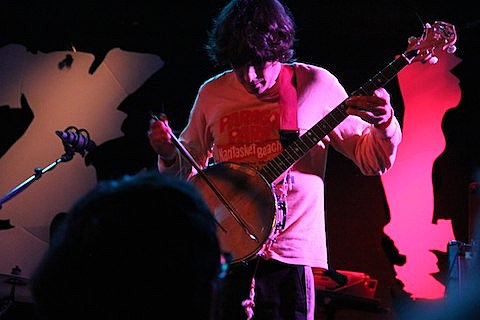 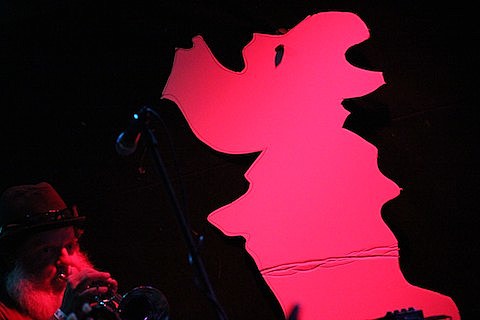 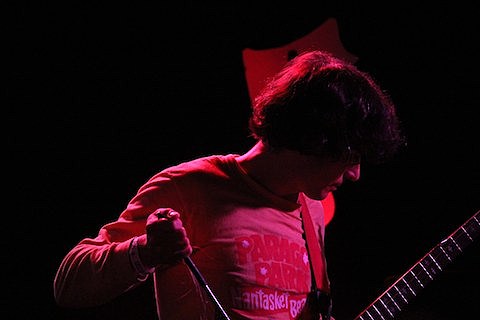 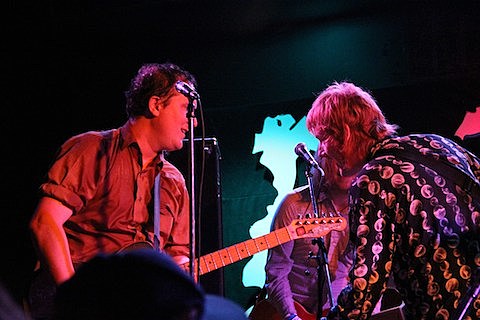 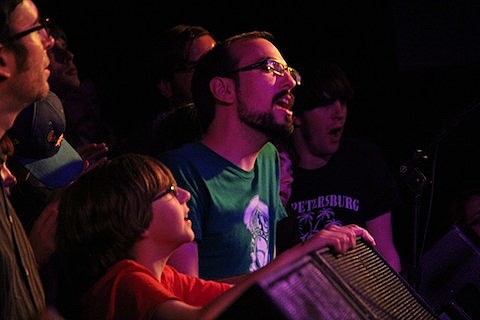 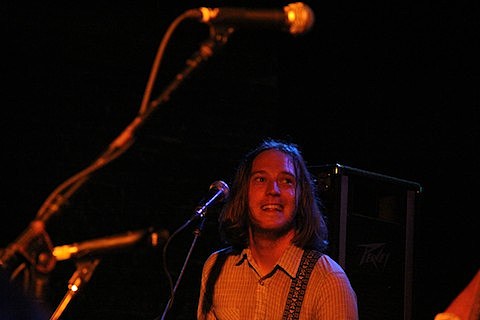 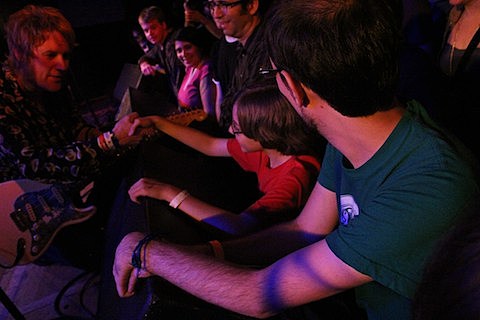 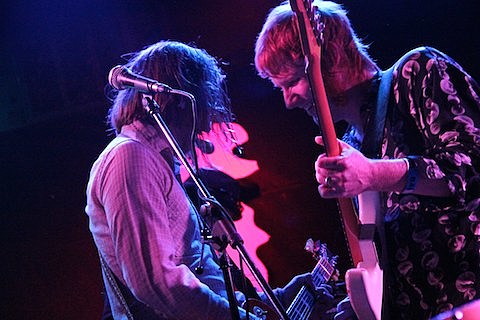 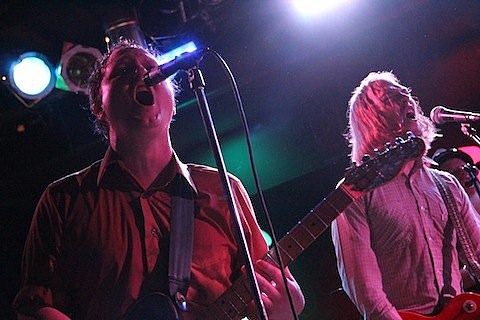 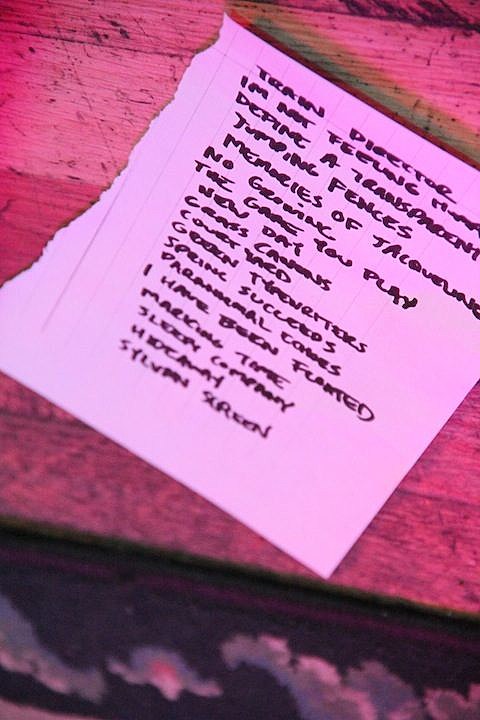