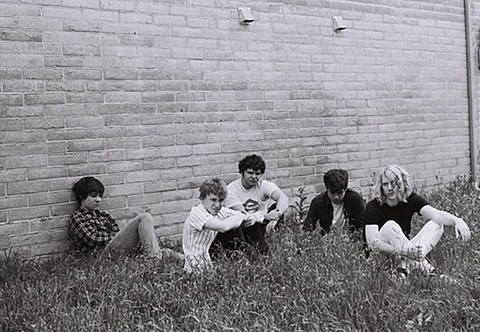 Elmhurst, IL's The Orwells welcomed their infectious debut LP, Remember When, earlier this month via Autumn Tone. If you haven't checked the album out yet, it's streaming on Spotify. Videos for the album tracks "Mallrats (La La La)," "Under The Flowers," and "In My Bed" are below.

The young quintet are gearing up to play some shows, many of which are happening in Chicago. Your first upcoming chance to catch them live is this Friday (8/24) at FeelTrip Studios (2215 S. Michigan Ave., 4th Floor) with Skymaul and Twin Peaks. Their next after that is FYF Fest in Los Angeles, and then Schubas on September 8 with Turbo Fruits and Innkeepers (tickets).

The Orwells will also be returning to Saki-- where they played their first-ever in-store-- for a show with Father John Misty on October 29. The show will be recorded live by Epitonic and will be available for free download. As mentioned, Father John Misty plays Lincoln Hall on October 30 with La Sera and Jeffertitti's Nile (tickets). J. Tillman-- who has also released a few records via Autumn Tone-- recently (and affectionately) told them, "Hey you shit-kicking motherfuckers, the last song on your record ["Under The Flowers"] is fucking unbelievable."

All known Orwells dates and some videos are below...