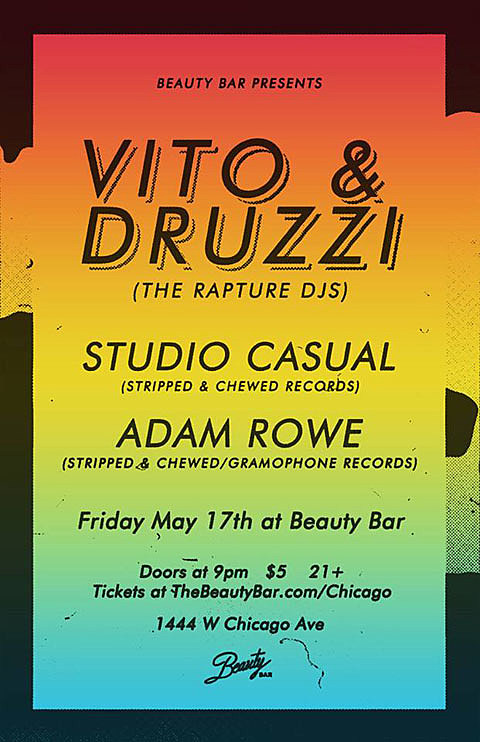 I'm not going to lie. I'd much rather be in NYC next week for the insane lineup that DFA Records put together for their 12th anniversary, but I'll take what I can get. Eight days before they hit Brooklyn with James Murphy and crew, Vito & Druzzi aka The Rapture DJs will drop into Beauty Bar here in Chicago to lay down a set with Studio Casual and Adam Rowe. That's the flyer above. Advanced tickets are on sale. All of their upcoming dates are listed below...