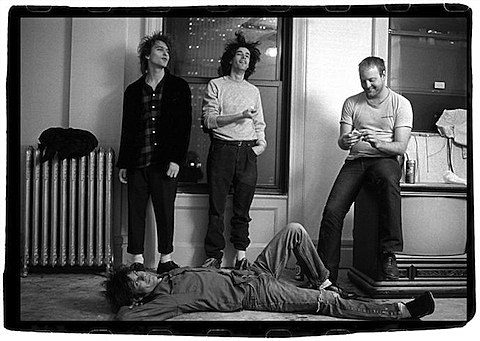 You already knew The Replacements were reuniting for all three Riot Fests -- Toronto, Chicago, Denver -- but it wasn't quite clear exactly who would be joining Paul Westerberg and Tommy Stinson. The Star Tribune reports that session drummer Josh Freese (Devo, The Vandals, A Perfect Circle, Guns N' Roses) and guitarist David Minehan (the Neighborhoods) will round out the crew. Both Freese and Minehan performed with Westerberg during his early-'90s solo tours, and Freese was also in GnR with Stinson from 1998-1999.

Watch The Replacements rehearse "Alex Chilton" for nine-seconds after the jump...