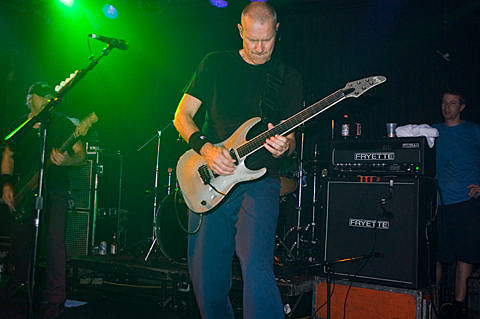 As seen on BrooklynVegan, 90's alt-rock groups The Toadies and Helmet are going on a co-headlining tour this summer. They'll also be joined by Austin trio Ume, who played Hotel Vegan during SXSW this year. The three bands will kick things off in late-July and make their way to Chicago for an August 9 show at the House of Blues. Advance tickets are on sale.

The Toadies are set to release their new album, Play.Rock.Music, on July 31. Helmet's most recent album, Seeing Eye Dog, hit stores in September of 2010. Before Ume join up with the two bands, they will be playing some dates with The Life and Times in June.

All Toadies/Helmet and Ume dates are listed below.

* Co-headlining dates with The Life and Times.
^ with Helmet/The Toadies
--