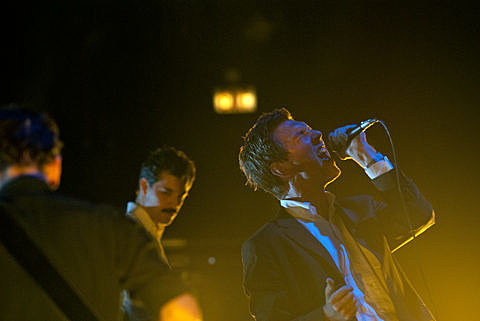 NYC's The Walkmen are getting ready to celebrate 10-years together as a band, and have announced a few special performances to observe their newfound status. For Chicago, this means a January 14th show at Metro, which is actually part of Tomorrow Never Knows 2012 (more on that later). At the moment only five-day passes are on sale. but there will be tickets for the event that are separate from that shortly. Tickets for just this show go on sale Saturday (11/12), at noon CST.

The band are currently working on a new album, and will enter the studio later this month with producer Phil Ek (Fleet Foxes, The Shins, Modest Mouse). What comes out of those sessions will tentatively be released this coming summer via Fat Possum/Bella Union.

In even more decade celebration news, The Walkmen will also be reissuing their debut LP Everyone Who Pretended to Like Me Is Gone on vinyl for the first time in awhile. You can pre-order a copy now.

This is an extremely limited repress of the band's debut full-length album which has been out of print on vinyl for years! Only 1000 records pressed! Limit one per customer. Once these are gone, they are gone forever.