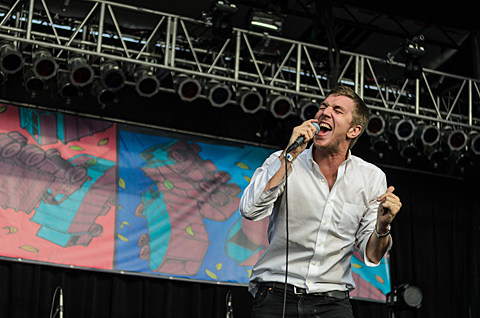 The Walkmen's Hamilton Leithauser is gearing up for the release of his new solo album, Black Hours, which is due out on May 6 via Domino imprint Ribbon Music. It features contributions from Rostam Batmanglij (Vampire Weekend), Richard Swift (The Shins), his Walkmen bandmates, and many others. You can check out the music video for the LP's joyous lead single "Alexandra" at the bottom of this post.

Hamilton will be supporting Black Hours with a spring US tour. That tour includes a performance at Park West on May 13, and ticketing information for the Chicago show is forthcoming. Check JAM Productions' website for updates.

All Hamilton Leithauser dates and that video lie after the jump...