The Wytches @ Brooklyn's Glasslands in July (more by PSquared) 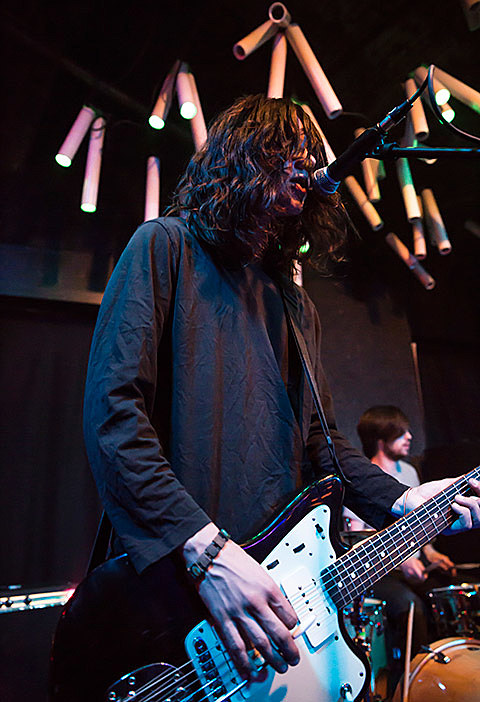 Brighton, UK-based psychedelic punks The Wytches are gearing up for the release of their new album, called Annabel Dream Reader, which is due to hit stores on August 25 via Partisan Records. It's whip-smart stuff, a la fellow UK band the Arctic Monkeys' debut LP Whatever People Say I Am, That's What I'm Not, with loads of stoner riffs and the twisted poetry of lead oddball Kristian Bell. Annabel Dream Reader is currently streaming ahead of its release via NPR.

The Wytches were recently stateside for a tour with Cloud Nothings and have now announced a fall North American run of their own. That run includes a show at Schubas on October 31 (Halloween). Tickets for the Chicago show go on sale this Friday (8/22) at noon CST.

All Wytches dates and their video for the LP cut "Burn Out the Bruise" lie after the jump...

The Wytches - "Burn Out the Bruise"