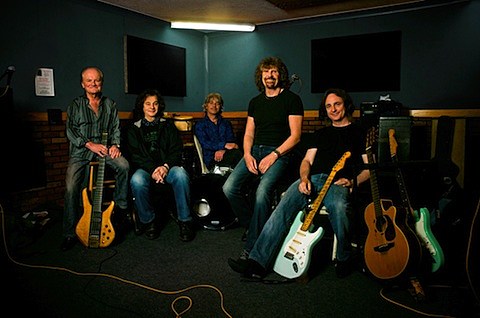 English psychedelic pop heavyweights The Zombies have announced that aside from a large UK tour in May, they'll also hit the U.S. for a string of dates in June. That U.S. tour includes a performance at Mayne Stage on June 25. Tickets for the Chicago show go on sale this Friday (4/26) at 10AM CST. All dates can be found at the bottom of this post.

The group just recently released a 12" of their self-titled, U.S. debut on Record Store Day (4/20). If you overlooked the album, which includes singles "She's Not There" and "Tell Her No," Saki Records still have some copies available.

All Zombies tour dates and video footage of their full performance at KEXP-SXSW are below...