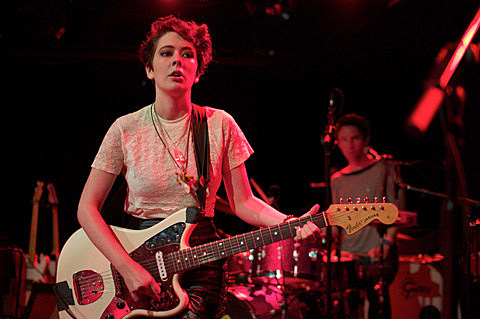 As mentioned, Those Darlins are heading out on tour with Best Coast this summer, a run that reaches Chicago's the Vic on July 27. Tickets are still available. Before Those Darlins join up with Best Coast, they have a few North American dates of their own, including a performance at the Taste of Randolph Street Festival (June 15-17) on June 15. As announced, Los Campesinos! also play the festival on June 15.

Towards the end of this month, Darlins enter the studio with producer Scott Litt (REM, Nirvana, Patti Smith) to begin tracking their new EP. Litt also produced a recent 7" for the group, featuring the Screws Get Loose cut "Mystic Mind" and a cover of Rockpile's "Pet You and Hold You."

Both sides of their recent 7" are streaming below, along with all 2012 tour dates.