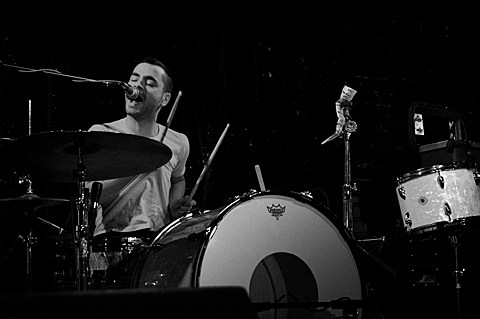 Times New Viking are currently on tour in Europe in support of their forthcoming LP Dancer Equired, out April 26th via Merge Records.

Dancer Equired will mark the band's debut on Merge Records, and serves as the follow-up to 2009's Matador LP Born Again Revisited. You can download the album track, "Ever Falling In Love" at the top of this post.

Times New Viking head back to the US in late May, and will continue to tour stateside through June. They'll make a stop in Chicago to headline the Empty Bottle on June 29th, tickets are still available.

You can stream Dancer Equired in its entirety over at NPR, up until April 26th.

Below, you can view the Dancer Equired tracklist, and all 2011 tour dates.