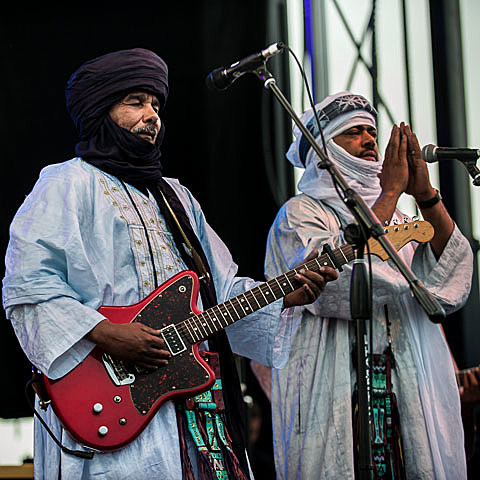 Saharan blues outfit Tinariwen are slated to welcome their new album, Emmaar, on February 11 via ANTI-. Much like 2011's Tassili, their forthcoming LP is ripe with special guests, such as Matt Sweeney (Chavez, Zwan), Saul Williams, Josh Klinghoffer (Red Hot Chili Peppers), and others. You can check out the music video for lead single // album opener "Toumast Tincha" at the bottom of this post.

Tinariwen will be touring throughout North America in support of Emmaar from mid-March through April. That tour includes a pair of shows at City Winery Chicago on April 5 (7:30PM & 10PM). Tickets for both performances go on sale to the general public this Thursday (12/19) at noon CST.

All Tinariwen dates and the music video for "Toumast Tincha" can be found below...