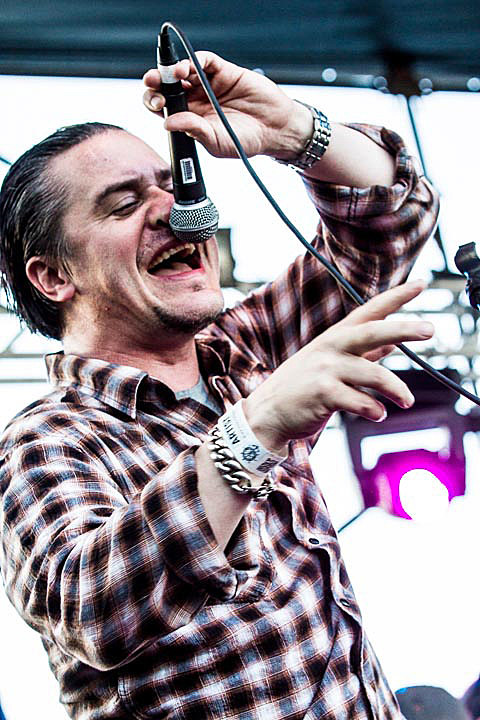 Tomahawk, the supergroup that features Mike Patton (Faith No More, Mr. Bungle), Duane Denison (The Jesus Lizard), John Stanier (Battles, Helmet), and Trevor Dunn (Mr. Bungle), put the crew back together this year and released Oddfellows, their first LP since 2007's Anonymous. Much like their other albums, it bounces back and forth between hard rock and metal, and is overall pretty agressive. Take a listen to Oddfellows in its entirety at the bottom of this post.

Tomahawk are set to kick off an Australian tour this weekend, and have announced that they'll be playing some U.S. dates in June. That U.S. run includes a performance at the Vic Theatre on June 7. Tickets for the Chicago show go on sale this Saturday (2/23) at 10AM CST.

All Tomahawk dates, a stream of Oddfellows, and a video for "Stone Letter" are below...