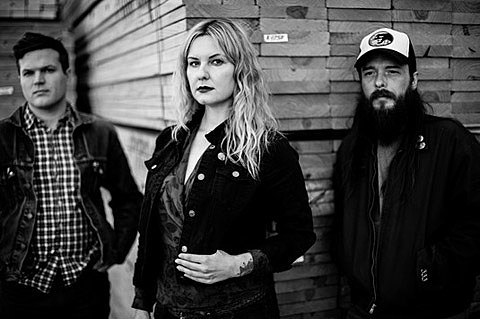 Blackened slowcore trio True Widow welcomed their third album, Circumambulation, last month via Relapse Records. It's their first for the label and you can get lost in its ethereal greatness by streaming the LP in its entirety at the bottom of this post.

True Widow will be joining the like-minded Chelsea Wolfe and co. on their fall North American tour. As discussed, that tour includes a performance at Bottom Lounge on September 21. Advance tickets for the Chicago show are still available.

All known True Widow dates and a stream of Circumambulation are below...