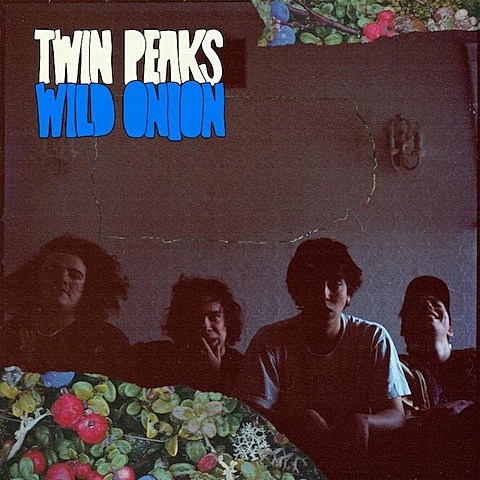 Chicago dudes Twin Peaks have announced that they'll be releasing the follow-up to their debut LP Sunken, titled Wild Onion, on August 5 via Grand Jury. That's its cover art above, and you can take a listen to the album's sunny lead single "Flavor" at the bottom of this post (via Stereogum). Tracklisting for Wild Onion can also be found below.

Twin Peaks are currently on tour throughout North America with Eagulls. Their next hometown show is a performance on Saturday, July 19 of the 2014 Pitchfork Music Festival. Stay tuned for additional dates.

All known Twin Peaks dates, a stream of "Flavor," and album info. for Wild Onion lie after the jump...